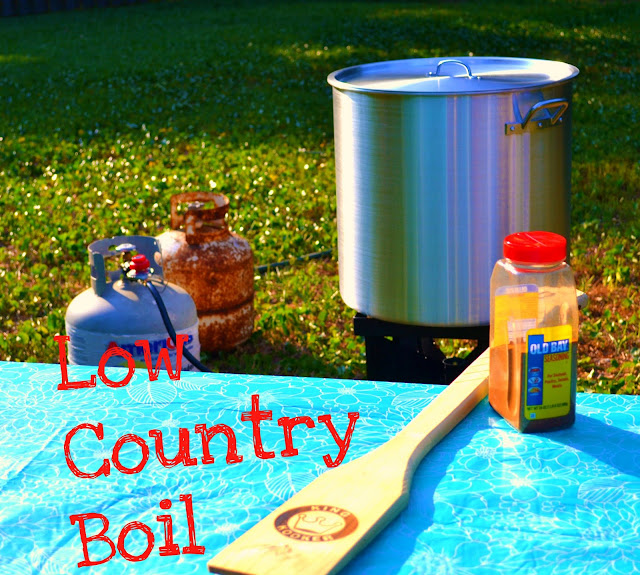 I love a Low Country Boil﻿....especially a spicy one....especially a Low Country Boil with friends where each of us brings something to add to the pot. I grew up along the Gulf Coast eating my share of boiled shrimp and southern dishes. But, it wasn't until I moved to Florida when I discovered a dish known as a Low Country Boil. It is originally called Frogmore Stew and NO, it does not contain any frogs....and come to think of it, it really isn't a stew either. It is originally believed to have been created in the 1960s on St. Helena Island, South Carolina by a National Guardsman named Richard Gay who owns the Gay Seafood Company. It was most likely named Frogmore Stew because that is the name of the small town on St. Helena's Island in which Richard Gay resided. Nevertheless, this South Carolina dish is now know more commonly as a Low Country Boil. 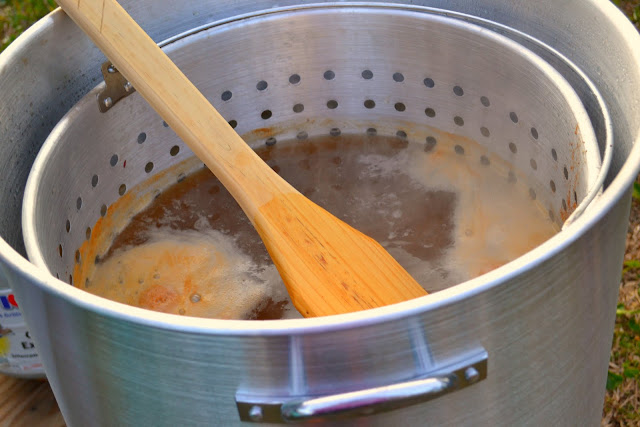 This can be made in various quantities to feed your family, a group of friends, or a whole army. AND, the level of spice can be adjusted based on how spicy the sausage links are and how much Old Bay and Zatarains Seasonings you use in the recipe. So your mouth will either be pleasantly surprised at the yummo flavors or on fire!
Our friends, Derek and Candis, ordered a 25 gallon pot on eBay from a backwoods Cajun man deep in swamps of Southern Louisiana. It arrived and who knew 25 gallons could be so beautiful. Okay, yes, I admit, I am jealous of their awesome Low Country Boil pot and I love how with this being Florida, of course, a boat ore was the only thing appropriate for stirring. 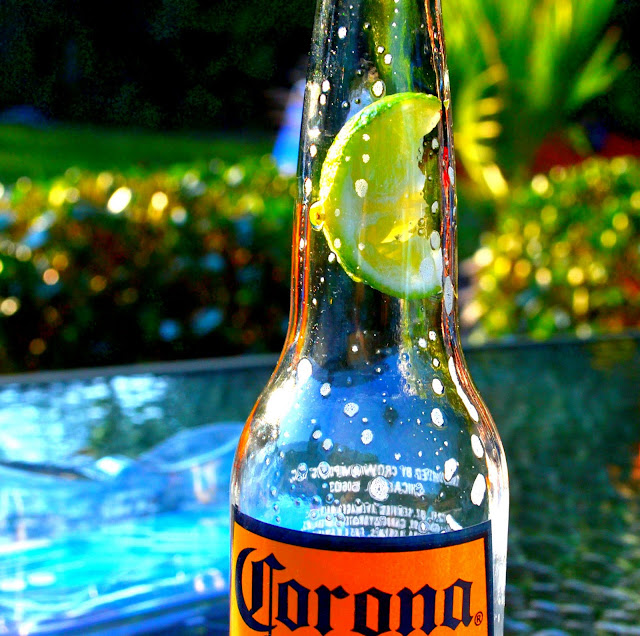 For Easter weekend, they invited us and other friends over for a good ol' fashioned Low Country Boil where everyone brings one of the recipe items to throw into the pot. We had drinks, interesting conversation, and goooood food. Plus, it turns out one of the owners of the Sonny's Bar-B-Que chain lives down the street from our friend's Derek and Candis. He was invited and brought some yummy ribs for all of us to nibble on while we waited for the boil to well, boil. Good friends, good food, good drinks, good times! 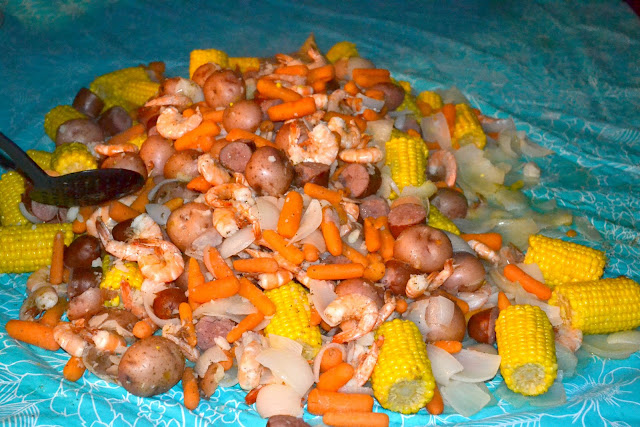 Low Country Boil Recipe
* 1 Zatarains Shrimp and Grab Boil Seasoning Bag
* Old Bay Seasoning
* Shrimp with shells still on. However, remove heads.
* Crab Legs (optional)
* 2 pkgs sausage links (choose mild to spicy depending on your preference. I prefer a spicy Low Country Boil so we buy the spicy sausage)
*Small Carrots
*Sliced Onions
*Small Red Potatoes
*Corn Cobs cut in half
-----I did not put measurements or quantities b/c this is a recipe in which you make based on size pot and amount of people. My rule of thumb for 6 people is the following: 2 pkgs spicy sausage links cut into pieces, 2 pounds shrimp, 12 corn cob halves, 1 bag small red potatoes, 2 sliced onions, 2 regular size bags of small carrots.
In a large pot, add potatoes, sliced sausage links, sliced onions, carrots, and corn. Add water, seasoning bag, and about 2 tbsp of Old Bay (more or less depending on how much you are making). Slowly bring to a boil over low to medium heat and allow to simmer until potatoes are done. Add shrimp during the last 20 minutes of boiling and allow to boil until shrimp turn pink. Turn off heat and remove. Strain water, serve, and enjoy.
NOTE: Here in the South, it is common to have a Low Country Boil outdoors in a pot with a strainer and pouring all ingrediants when done out on a picnik table which has been covered with newspaper or something of the like and let friends dig in.
If making a Low Country Boil indoors in a pot without a strainer﻿, then use a slotted spoon to serve. Here at my house, we always have Cornbread with our Low Country Boil......just a little suggestion. Enjoy!
Sealed with a Kiss, Kirsten
S.W.A.K.
Posted by My Name is Kirsten Not Kristen at Tuesday, April 26, 2011