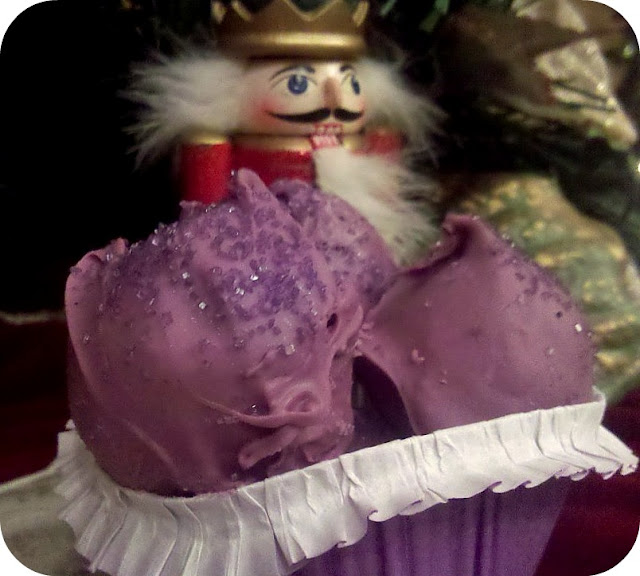 Just a little invitation for you to mossy on over to my other blog, Raphael's Bakery﻿ , and check out the lavendery-purpley yummy cake ball "Sugar Plums" I made for my daughter's class to enjoy after a field trip to see the Nutcracker. I will be posting anything yummy over at Raphael's Bakery .
Sealed with a Kiss, Kirsten
S.W.A.K.
Posted by My Name is Kirsten Not Kristen at Thursday, December 30, 2010 1 comment: 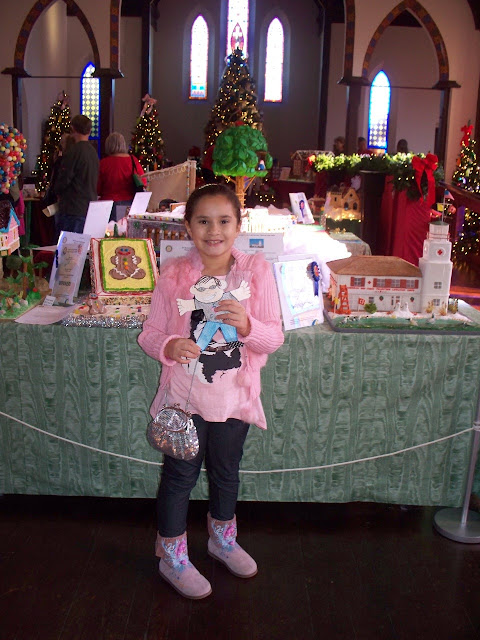 This month, my daughter and I enjoyed the Jacksonville Historical Society Annual Gingerbread Extravaganza. We hadn't even opened the doors to the downtown building and we could already smell the sweetness of gingerbread houses﻿. It was a great way to spend a December afternoon. We voted on our favorite which was the house from the Disney movie, Up. Plus, I am sorta partial to that film b/c the old man is named Mr. Frederiksen which is my maiden name. But, my true favorite was the Jax Beach Life Guard Tower gingerbread display. Or maybe it was the one of Times Square that was my favorite. Ohhh! They were all awesome. I'd be a terrible Gingerbread House Judge. 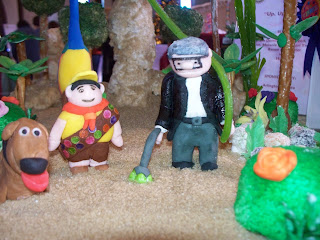 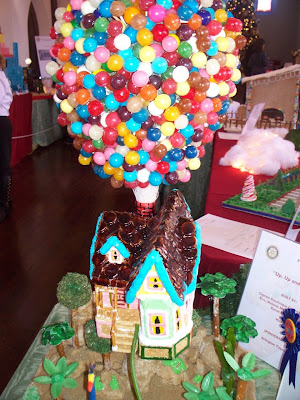 The house from the Disney movie, Up. (above)
Jacksonville Beach Lifeguard house and tower (below) 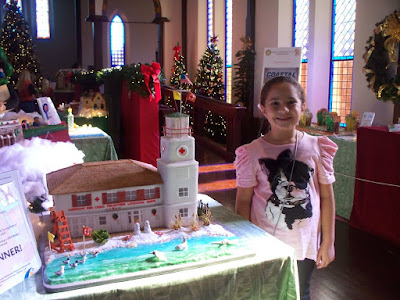 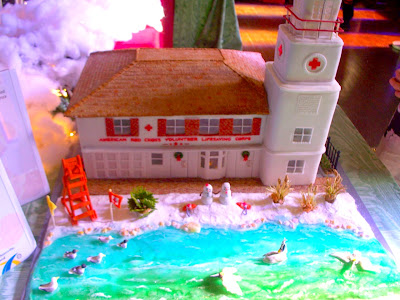 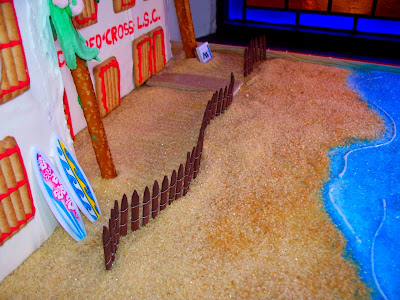 My absolute favorite! How adorably cute are the sugary snowman and snowgal???? I like how they are made to resemble beach sand. 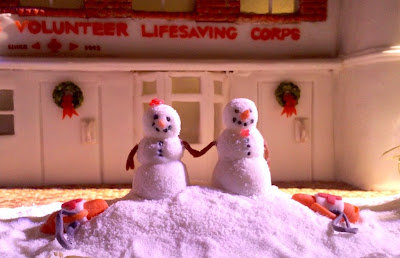 The Gingerbread display of New York's Time Square was awesome and made from 100% edible materials. Even the Broadway advertisements were printed on edible paper. The New Year's Eve glass ball made from rock candy was the perfect finishing touch. Oh, and all those little yummy gingerbread people waiting for the new year's eve countdown. How cute is that?!? 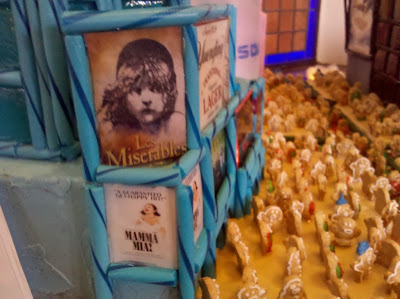 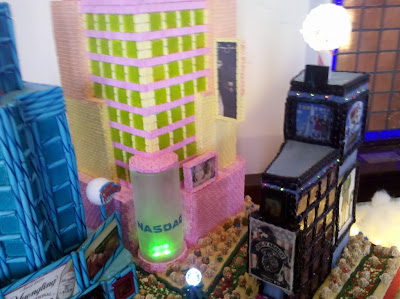 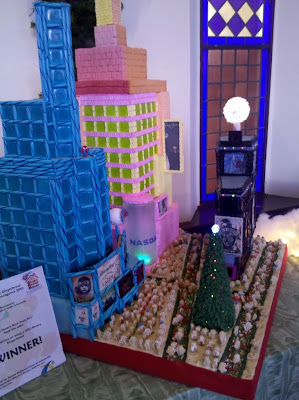 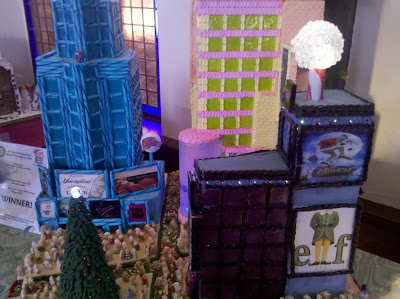 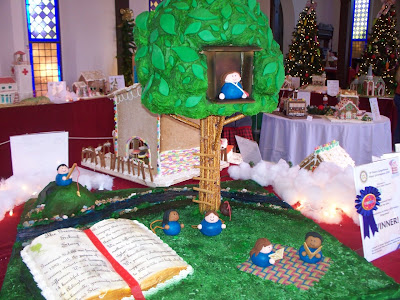 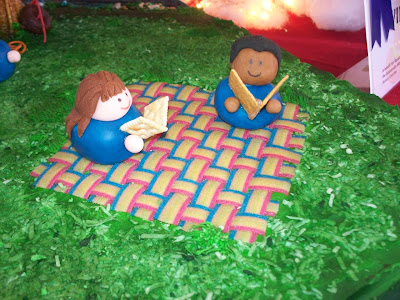 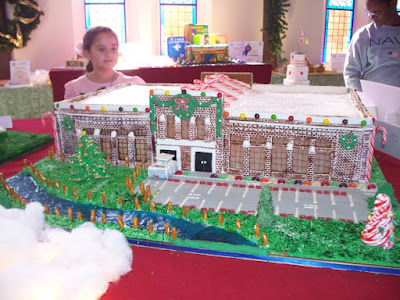 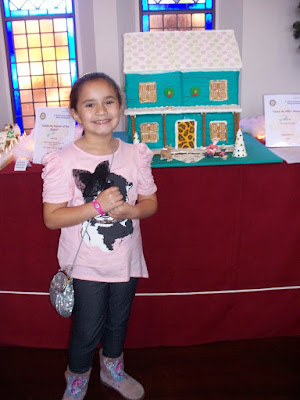 Obviously someone is a Hello Kitty fan like my daughter....and well, I am still a fan too. 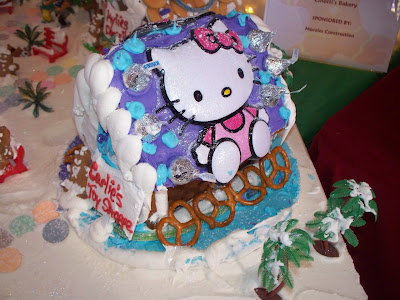 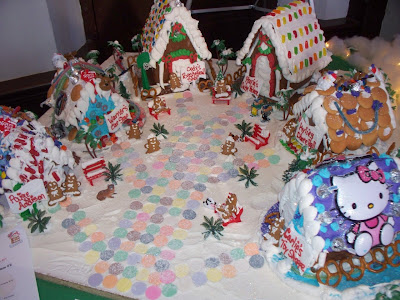 Okay, let it be know that the cutest thing under the sun from this day forward is 2 little gummi bears in a little row boat. I mean, C'mon. It just doesn't get any cuter!.....well, except for babies, baby animals, puppies, and kittens. But after that it is gummi bears in row boats. Totally! 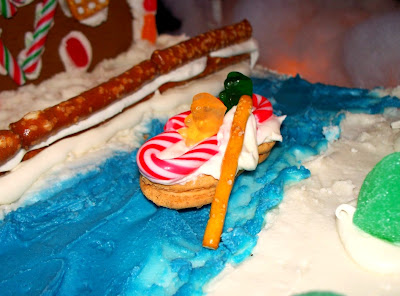 There were so many. I took pics of our favorites. My daughter, the Queen of Fairies and Mermaids, has total faith in my abilities as a mother because while headed home, she said she wanted me and her to make one to enter in next year's competition. We shall see. 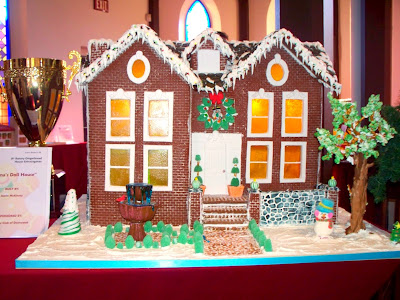 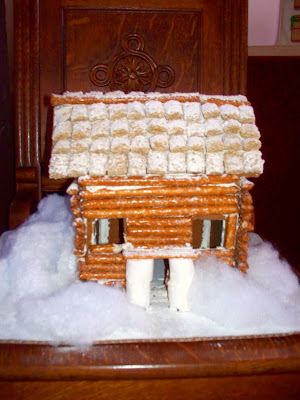 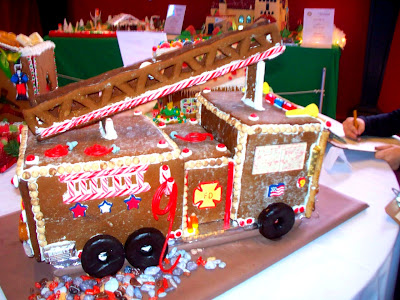 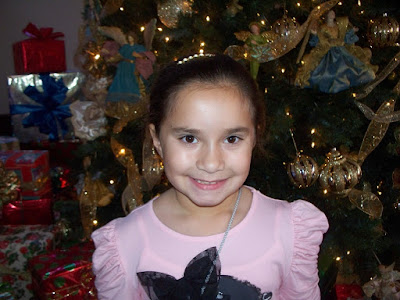 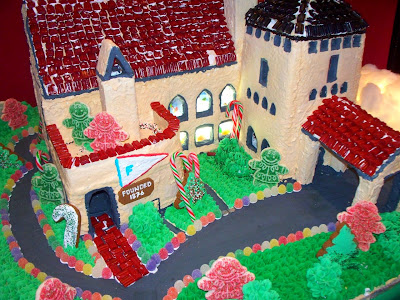 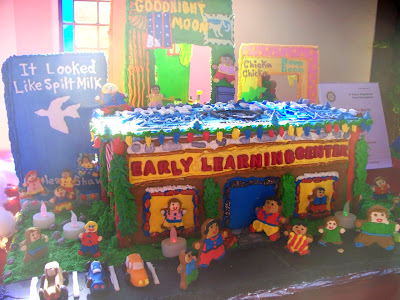 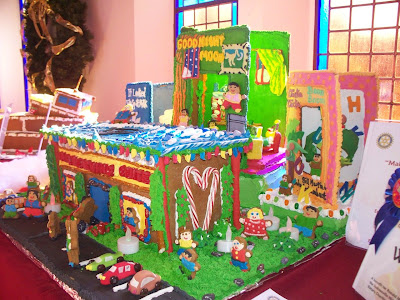 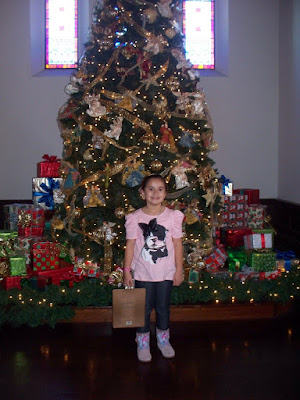 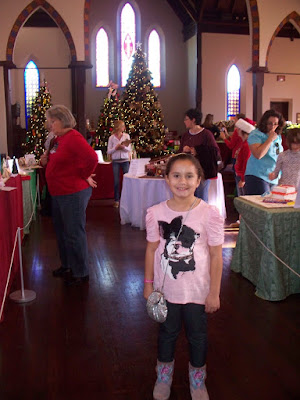 Sealed with a Kiss, Kirsten
S.W.A.K.
Posted by My Name is Kirsten Not Kristen at Thursday, December 30, 2010 1 comment: