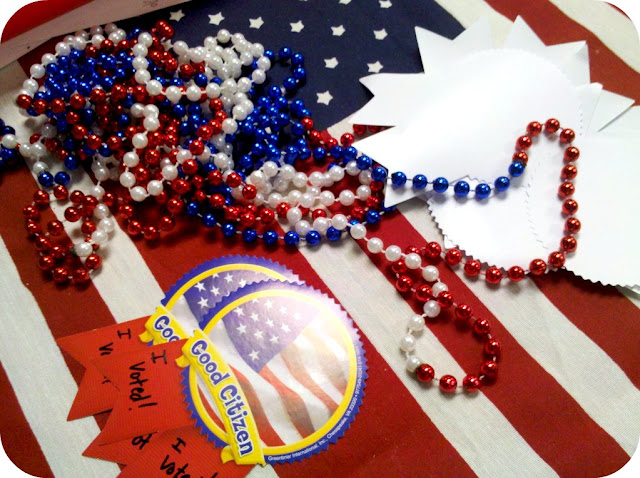 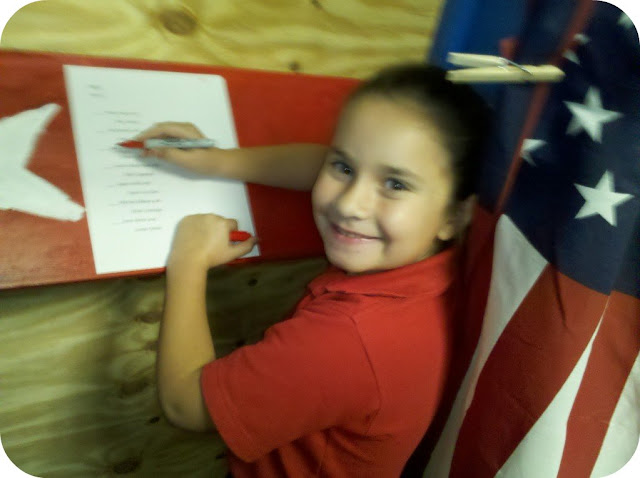 This is a pic of Saylor pretending to vote. My lil' citizen had already voted in private on her own in the poll booth with the curtain closed and placed her REAL vote in the ballot box. However, being the mom that I am, the type who takes lots of pics of her kid even pics of her pretending to do things she has already done in case something was missed in the original moment. Yup, that is the type of mom I am. 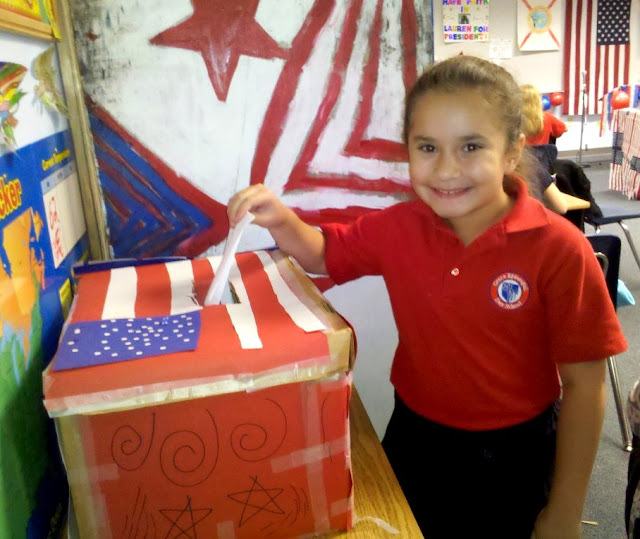 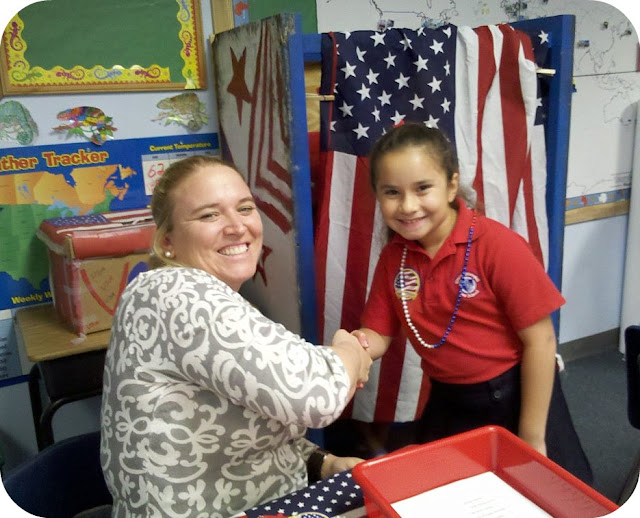 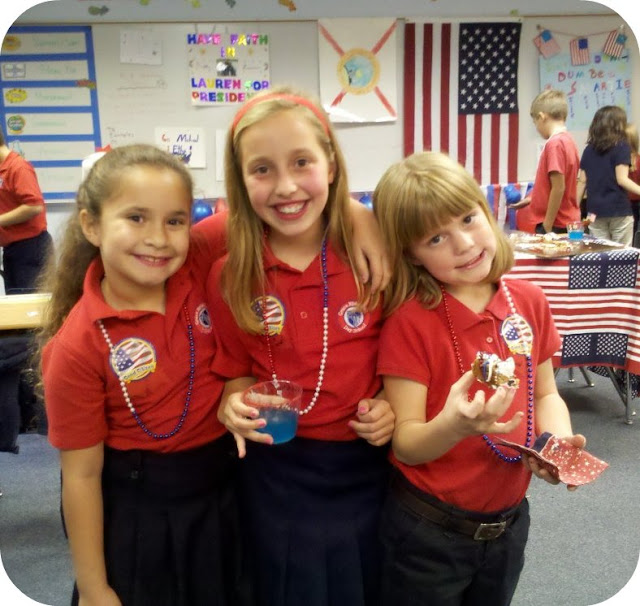 It's never to early to learn about good citizenship. This Fall, my daughter's class learned about the voting process, campaigning, and how our leaders are elected into office. A few kids in her class ran for Class President. They campaigned, created slogans, gave speeches, made banners and signs showing off their campaign slogans, and handed out goodies and literature encouraging their classmates to vote for them. ﻿They did everything short of kissing babies. In November, just before the Thanksgiving holiday break, the kids entered the impressively homemade poll booth to cast their vote in private and then entered their vote into the ballot box. A convention party was thrown. The kids danced to music like Born in The U.S.A by Bruce Springsteen and Party in the U.S.A. by Miley Cyrus. They had sweets and patriotic punch. They will learn who received the most votes and elected class president when they return to school after the Thanksgiving holiday.
My daughter came home everyday after school talking a mile a minute with complete excitement over the class campaigns. Bravo to their teacher for getting the kids excited over the voting process and good citizenship!
Sealed with a Kiss, Kirsten
S.W.A.K.
Posted by My Name is Kirsten Not Kristen at Tuesday, November 23, 2010 No comments: 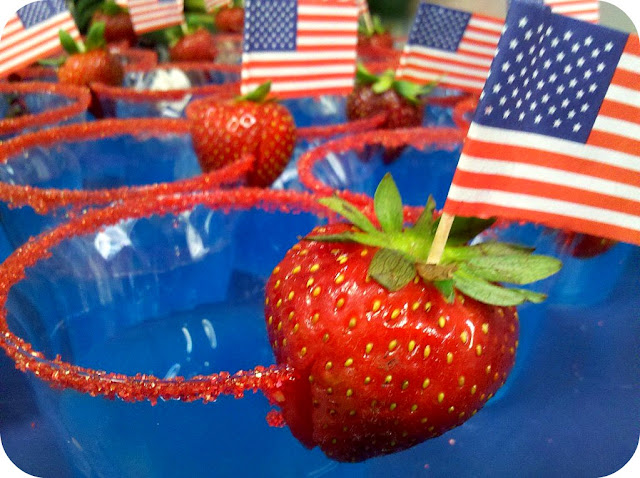 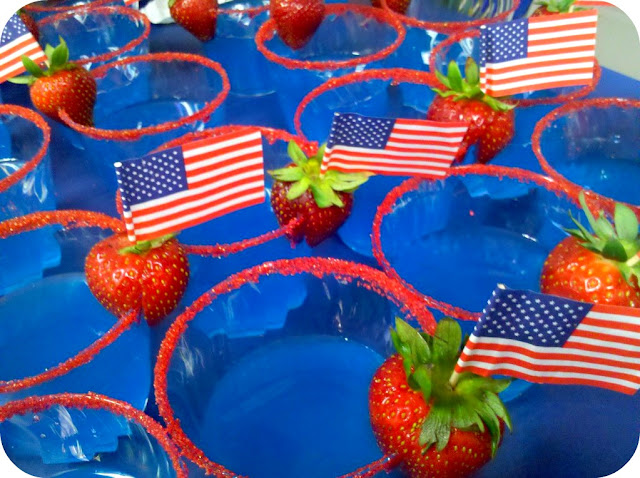 My daughter's class learned all about the voting process and how our leaders are elected into office. The class even had a convention party. How cute is that!?! I volunteered to make the drinks. I wanted a drink that was red-white-and-blue and very patriotic.
So here is what I did---
Buy clear plastic drinking cups, and just as you would when making margaritas, wet the edge of the cup with a lemon or lime slice and dip the edge in red sugar crystals. Pour in a blue beverage such as blue Hawaiian Punch. Garnish with a strawberry and American flag toothpick. Easy Peezy Lemon Squeezy! The kids and the teacher loved these drinks which made me feel like the most popular mom of the day!
Sealed with a Kiss, Kirsten
S.W.A.K.
Posted by My Name is Kirsten Not Kristen at Tuesday, November 23, 2010 No comments: