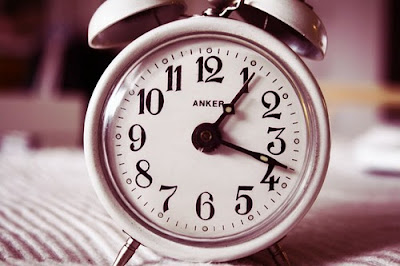 source
So my daughter realized a movie which she has been wanting to see was coming on this evening on the Disney Channel at 8 p.m. and ending at 10 p.m. Her bedtime is 8:30. ﻿She jumps off the sofa, does a happy dance, and assumes the rest of the evening is planned. THAT is when I step in. I, using my nice Mommy voice, explain to her, "Honey, that movie comes on 30 minutes before your bedtime and isn't over until 10 which is too late. You're gonna have to watch it some other time." Cue the atomic bombs and screeches that make nails on a chalkboard sound like a lullaby. Saylor immediately goes into high-pitched whinny begging mode, followed by pouting mode, followed by negotiating mode, followed by tears. I go from nice Mommy voice to Supreme Ruler Voice. She argues, "But, I've NEVER seen it and I reallllllllllly wanna see it." Me, with an edge to my voice probably due to the fact that I am now talking through clenched teeth, "I know. But not tonight. It's a school night." She then proceeds to offer me her weekly allowance of $4 in exchange for staying up late. I stand firm and once again get labeled as the "Mean Mom". Thanks Disney channel for advertising movies to air on a school night just before bedtime. Is this where the magic begins?

Sealed with a Kiss, Kirsten
S.W.A.K.
Posted by My Name is Kirsten Not Kristen at Wednesday, January 19, 2011 2 comments: